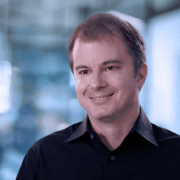 CTO Craig Gentry said he’s reached the “moral activist stage of my life” and wants to make a difference through technology.

“I’ve reached the phase in my career where I’m putting aside theoretical research for a little while, and I’d like to build systems that actually get used in the real world,” he said. “I think TripleBlind is a good place to use that, and they’re really focusing on using the right tools for the right problems.”

TripleBlind’s technology allows enterprises, such as hospitals and financial institutions, to securely share regulated and private data, without decrypting it or introducing additional risk and liabilities. It also adheres to regulatory standards such as HIPAA and GDPR. An example is its work with the Mayo Clinic to help the nonprofit secure third-party EKG and genetic data for developing, validating and deploying algorithms.

Another aspect that drew the tech veteran to TripleBlind is the fact it’s a $100 million company with a solid team already in place, which allows him to immediately contribute to the technology side, he said. They’re also laser-focused on building worthwhile solutions for customers that solve real challenges. Eventually, Gentry wants to help the startup expand its technology to the consumer side.

Gentry’s tech experience allows him to speak the language of TripleBlind’s customers and understand the problems they face, said Chris Barnett, vice president of partnerships and marketing at TripleBlind.

“When somebody says, ‘How does this really work? What’s under the hood?’, he has the knowledge, credibility and background to go toe-to-toe with anybody on the customer side that wants to go for a deep dive,” Barnett said.

Gentry, who brings more than 20 years of experience in cryptography, data privacy and blockchain, previously was a research fellow at the Algorand Foundation and spent a decade in the Cryptography Research Group at the IBM Thomas J. Watson Research Center. He earned a bachelor’s in mathematics from Duke University and has a Ph.D. in computer science from Stanford University.

Gentry invented the first fully homographic encryption scheme as part of his dissertation, which won the Association for Computing Machinery (ACM) international Doctoral Dissertation Award in 2009. The following year for his encryption work, he won ACM’s Grace Murray Hopper Award, which is given to people under 35 who have made a single, significant technical or service contribution. Apple co-founder Steve Wozniak won the award in 1979.

Fully homographic encryption allows individuals to perform analytics on encrypted data without needing an encryption key, he said. During the process, the data remains encrypted, and only the data’s owner has the ability to decrypt the results from the analytics performed. A real-life example could be an H&R Block customer sending his encrypted financial information to the tax preparation firm. H&R Block would apply its tax form algorithms to the data and send the encrypted tax return to the customer. Only the customer has the key to decrypt the tax information, he said.

For Gentry, technology’s allure is wrapped up in math. It’s like a puzzle that perfectly fits together, he said. After earning his bachelor’s in math, however, he went to law school and became an intellectual property lawyer for nearly two years.

“I thought if I go to math grad school, I’m just going to be some recluse in a basement somewhere working on math problems that no one in the real world cares about. … (But) I got sick of (being a lawyer) pretty quickly.”

He started applying to math and computer science jobs and heard back from one company: DoCoMo USA Labs, which gave him a list of research topics that he could choose from in his new role. He picked cryptography.

“So that’s how I fell into cryptography – as a disenchanted lawyer, just looking for something mathematical to do,” he said. Read the article at bizjournals.com.

It is one of health care’s most vexing quandaries: Patient data must be shared to develop more effective medicines and artificial intelligence tools, but there’s no way to share it without violating privacy and basic data rights.

A fresh crop of companies is building a new data economy that enables the shared use of personal health information while enforcing ironclad privacy protections. They are not a monolithic group: each one uses its own methods and technologies, serves different customers, and is motivated by distinct problems and personal philosophies.

But they share a belief that the nation’s system of exchanging health data — which relies on buying and selling personal information without patients’ knowledge or explicit consent — is fundamentally broken. Some spoke of health data as an extension of personhood, or a digital self — not a commodity to be traded for profit.

“We don’t like to think about personal data as being owned, because we don’t think people can be owned,” said Heather Flannery, founder and chief executive of Washington, D.C.-based Equideum Health. “We think analogies that conceive of data more like a person’s labor than property are more ethically appropriate.”

To ensure data are kept private and secure, these companies are erecting firewalls around health information that allow it to be used for clinical research and testing without exposing patients’ identities or allowing their data to be traded between third-party owners.

Here’s a closer look at the entrepreneurs and technologies…Read more on STATnews.com